These are the words that caused a political storm last week, quoted in a newspaper interview with the actress Maxine Peake. It was described as an "antisemitic conspiracy theory".

"Systemic racism is a global issue. The tactics used by the police in America, kneeling on George Floyd's neck, that was learnt from seminars with Israeli secret services."

Those words were described as "antisemitic" and "a conspiracy theory".

The interview was published in the Independent newspaper, and it led to the sacking of Rebecca Long-Bailey, who was shadow education secretary in the Labour Party, because she retweeted a link to the article, and refused to remove it when asked to do so.

This situation is very serious. I have no affiliations to left or right, and I haven't voted for any political party in a UK general election for years. I vote "NONE", because I think the whole system is corrupt.

I would rather listen to nails scraping down a blackboard than listen to the internal squabbles of the Labour Party. Or any other political party.

But this issue goes deeper than that. This action effectively silences criticism or scrutiny of a foreign country in the name of it being insulting to the people of that country. That is a very dangerous and unjust situation.

The exact wording of Maxine Peake's comment may have been slightly inaccurate – and that's actually debatable. US police have been trained in seminars with Israeli military representatives, though I don't have any proof that they were trained specifically to use the "knee on the neck" practice.

However Israeli police have been using the "knee on the neck" tactic for years, and there are many photos showing them doing this.

I would describe Maxine Peake's comments as possibly inaccurate, but not a conspiracy theory.

And to describe her comments as "antisemitic" is dangerous and unjust. It's dangerous because there should be no country that is off-limits to criticism or scrutiny. If people are prevented from criticising the practices of a country, whether it's their own or another country, then we are livnig under a tyranny.

If I criticise Saudi Arabia for beheading people, does that mean I am being Islamaphobic, just because Saudi Arabia happens to be a country where most of its inhabitants are Muslim?

Of course not. My own country, Britain, used to behead people. It's nothing to do with race or religion.

I think it's outrageous that a man was shot dead by the military in Ghana for breaking the lockdown rules. Ghana's population is mostly black. Does this mean I'm being racist for making such a comment, even though I'm black myself?

I think it's shocking that we're having to fight for the right to express ideas and opinions, for the right to debate and discuss ideas without fear of retribution. Criticising or scrutinising the practices of ANY country, regardless of its race or religion, should not be subject to punishment or accusations of racism.

No country should be accorded special privileges on the basis of the race or religion of its inhabitants.

If criticism of the practices of the Israeli authorities, even if it's inaccurate criticism, is a sackable offence, then that country is being given a special privilege.

The Board of Deputies of British Jews issued a statement condemning Rebecca Long-Bailey for retweeting and praising Maxine Peake's article. The statement said that the interview contained, and I quote, "the conspiracy theory that Israel played a part in the death of George Floyd".

The President of the Board of Deputies, Marie van der Zyl, said:

"As soon as we saw that Rebecca Long-Bailey had shared this, we wrote to her detailing how this conspiracy theory is false and requesting she delete her tweet and issue an apology. Rebecca Long-Bailey's response is frankly pathetic. As someone who aspires to be the next Education Secretary, we would expect her to read and understand materials before sharing them. If she is incapable of doing this, it raises serious and immediate questions about her suitability for the role."

Actually I would say it raises serious and immediate questions about how our so-called democracy is being operated. It appears that the recently appointed leader of the Labour Party, Keir Starmer, has immediately acted on the complaint of the Board of Deputies.

Once again, the opinions of the voters seem to count for nothing.

"I would like to thank Keir Starmer for backing his words with actions on antisemitism. After Rebecca Long-Bailey shared a conspiracy theory, we and others gave her the opportunity to retract and apologise. To our surprise and dismay, her response was pathetic. Her position as Shadow Education Secretary was therefore untenable.

"Was therefore untenable" – as if they've sacked her, not the Labour Party.

I think this is a misinterpretation of Maxine Peake's words. There has been a lot of discussion online about the increased militarisation of America's police, and there have certainly been claims that some US police tactics were taught by Israeli police.

And there are many reports of Israeli representatives involved in training American police.

On the 1st June, the Morning Star online reported:

"At least 100 Minnesota police officers attended a 2012 conference hosted by the Israeli consulate in Chicago, the second time such an event had been held.
"There they learned the violent techniques used by Israeli forces as they terrorise the occupied Palestinian territories under the guise of security operations.
"The so-called counterterrorism training conference in Minneapolis was jointly hosted by the FBI.
"Israeli deputy consul Shahar Arieli claimed that the half-day session brought “top-notch professionals from the Israeli police” to share knowledge with their US counterparts.
"It is unclear whether any of the officers involved in the incident in which Mr Floyd was killed attended the conference.
"But in a chilling testimony, a Palestinian rights activist said that when she saw the image of Derek Chauvin kneeling on Mr Floyd’s neck, she was reminded of the Israeli forces’ policing of the occupied territories.
"Neta Golan, the co-founder of International Solidarity Movement (ISM) said: “When I saw the picture of killer cop Derek Chauvin murdering George Floyd by leaning in on his neck with his knee as he cried for help and other cops watched, I remembered noticing when many Israeli soldiers began using this technique of leaning in on our chest and necks when we were protesting in the West Bank sometime in 2006.
“They started twisting and breaking fingers in a particular way around the same time. It was clear they had undergone training for this. They continue to use these tactics — two of my friends have had their necks broken but luckily survived — and it is clear that they [Israel] share these methods when they train police forces abroad in ‘crowd control’ in the US and other countries including Sudan and Brazil.”
Many other publications have posted similar reports (see video for more).
There are conversations that we need to have in this country about the influence of lobby groups. I'm not talking about Jewish lobby groups in particular. There are also black interest lobby groups and Muslim lobby groups. And of course there are business lobby groups. And there are many people of all ethnicities and religious affiliations who use money to influence those in power.

This is an issue that has been concerning me for some time. I did a video recently about Bill Gates and his financial influence over the World Health Organisation, which would see a significant drop in its finances if he withdrew his stake. Our government has been taking a lot of instruction from the World Health Organisation recently, instruction that has had a direct and overbearing influence on my life and the lives of everyone in this country.

I don't want to be a pawn at the mercy of the whims of people with money and influence. We're meant to be a so-called advanced democracy, a free country. But we seem to be rapidly transforming into a kind of oligarchy where money talks and the people are expected to shut up and do what they're told.

The press would normally be expected to investigate issues of political influence. But the press has been muzzled. The ordinary general public doesn't have a voice, except when it surprises the establishment by voting the wrong way, and then "the people" are chastised and patronised as racist or populist.

This is why people turn to independent journalism. Of course we don't all think the same way on every subject, and there's a battle going on for freedom of expression on several online platforms.

The Hate Crime Bill is currently going through the Scottish Parliament, and it will create a new crime of "stirring up hatred" against anyone on the basis of disability, race (and related characteristics), religion, sexual orientation and transgender identity. On the face of it, these seem to be laudable aims. But how do you define "stirring up hatred"? That definition could be stretched to fit all kinds of unintentional behaviour, and it could be easily open to abuse.

We've already had the conviction of a man, Mark Meechan, who was fined £800 for making a comedy video where he taught his pug dog to do a Hitler salute.

The law does not understand satire.

The conviction went ahead despite another video that Meechan made with his girlfriend, profusely apologising for any unintentional offence caused. He was convicted of being "grossly offensive" under the Communications Act 2003. He also lost his job.

The effect of all this is to stifle discussion and debate. And maybe now, more than at any time, people really need to talk to each other.

Bill Gates is WHO?
http://imaginingfreedom.co.uk/videos/bill-gates-is-who/ 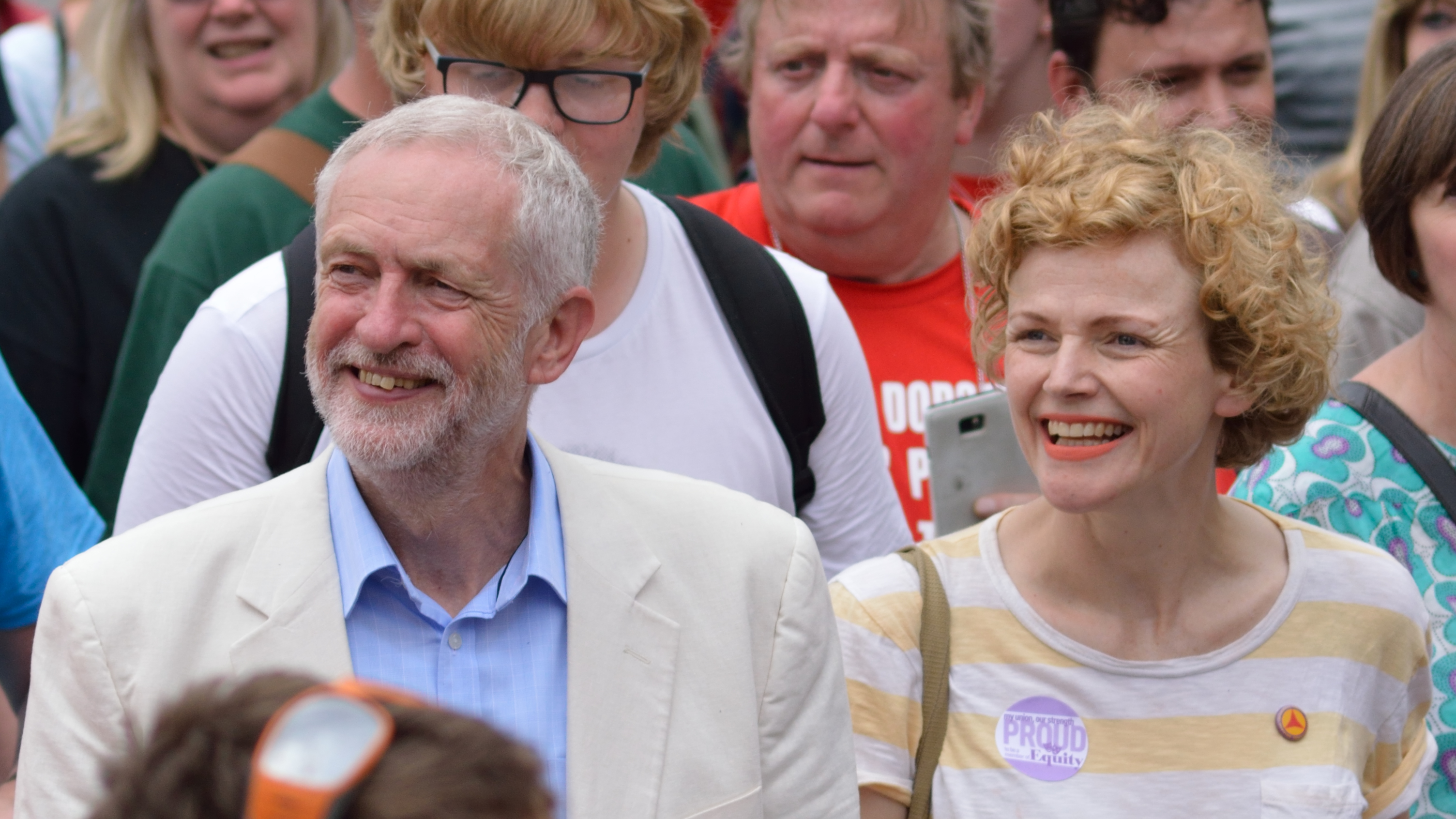 Why do neighbouring countries have such different experiences with Covid-19?
imaginingfreedom
9 views 4 months ago $
07:38

Could the flu vaccine usher in a "second wave" of Covid?
imaginingfreedom
2 views 2 months ago $
05:53

Lockdown - part of a creeping tyranny?
imaginingfreedom
6 views 4 months ago $
15:06

Scotland protests: why I'll be joining the March on Holyrood on 5th September
imaginingfreedom
28 views a month ago $

'We Lie, We Cheat, We Steal' Pompeo: Recent Congressional Hearing Reveals Why No One Trusts Mike
tlavagabond
2 views 6 months ago $
00:56